So the internet is going absolutely crazy with the release of the 50 Shades of Grey movie last week.  For the first time since Cindy Margolis, I think this hedonistic movement may break the internet!  Now, I haven’t read the books, and probably won’t see the movie (or at least not admit it publically), but that doesn’t mean it hasn’t inspired me to compile a list of the 14 most attractive, wild, and down right sex-fueled places on Earth!

Brazil — It seems the dark and sultry pretty much dominate the Huffington Post’s list of “Sexiest Nationalities” for women. 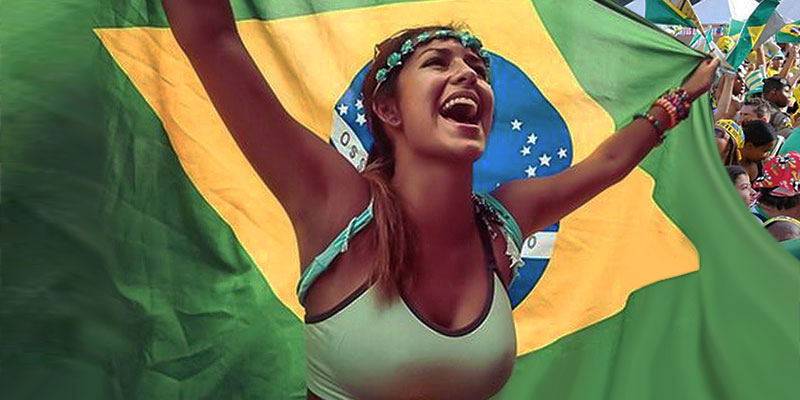 Australia — Not exactly lining up with the list of hot women’s nationalities, tall and strong looks like the common thread here.

British — A whopping 27% of respondents find the Brits to have the sexiest foreign accent, a surprising distant second being American with 8.7%.

South Beach, Miami — Beating out new comers like Ibiza and Rio, SoBe has been the place to party on the sand for nearly 5 decades!

Montalivet, France — You may be able to go tops-off in MIA, but for the full (frontal) experience you’ll need to jump the Atlantic to France’s naturist campsite.

Marbella, Spain — Now if your eyes are open for the hottest bodies poolside, look no further than the Spanish Riviera!  From Ibiza to Barcelona, you’re covered, but Sisu in Marbella takes this top spot.

Indonesia — If all this hotness is making you sweat, stay away from Sambal Oelek in Indonesia.  Sambal Oelek is used as a rub or side in many Indonesian dishes, and it is HOT!

Has The Most Sex

U.S.A. — Oh that’s right, I went there!  Let’s get into the nitty gritty.  If you’re really looking to get down, Americans have more sex than any others.

Has The Longest Sex

Australia — We may get around the most in the U.S., but if you fancy a romp that’ll last more than 4 minutes (but not by much), you’ll have to go down under!

China — For those interested in a good time without the company, know that 70% of the world’s sex toys originate in China.

Las Vegas — The Vegas strip is just over 4 miles long, and you can’t go 4 feet without falling into something crazy!

Amsterdam — This should come as no surprise, the De Wallen area of Amsterdam is what we all think of when you see, hear, feel or smell a red light (If you’ve been there you’ll get the “smell” reference).

Pattaya, Thailand — Now if you’re really on the hunt for something naughty, apparently “Sex is the No. 1 activity” here.

The Absolute Hottest Place On Earth

Do you know somewhere wilder? Let us know about it!  Leave a comment below.

5 Responses to "50 Shades: The Hottest, Sexiest, Naughtiest Places on Earth!"