I have to admit, China isn’t my favorite destination… not even close.  However, with all the garbage that knocks China down on my list, there are a few really amazing things that made our whole trip worth while.  Enter the Great Wall! 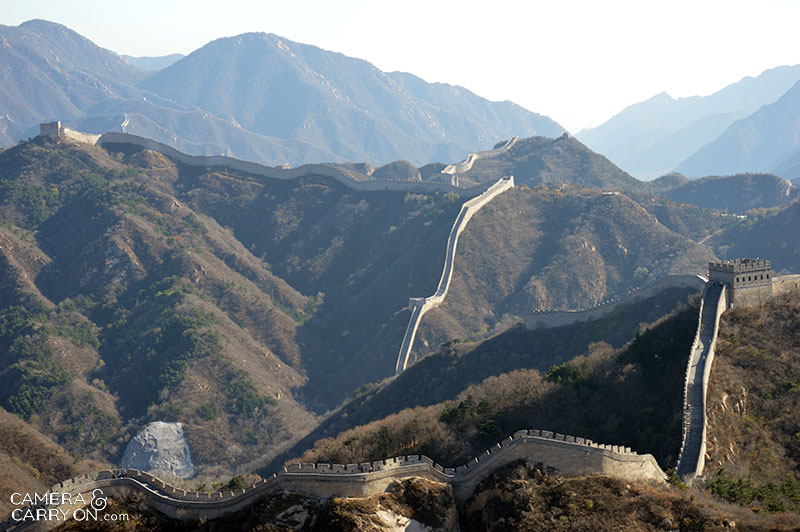 It’s hard to put my finger on it; I mean its just a really large wall, but there’s a certain something.  Maybe it’s just the sheer age and size of it, but its kind of awesome.  Unfortunately, its hard to put it into words, or even pictures, alas I try.  There are several really popular spots to get to the wall from Beijing; Badaling, Mutianyu, Juyongguan, and a few others.

Almost every tour from Beijing goes to Badaling, as its one of the most restored sections, and busiest.  For that reason we wanted to avoid it, but then we realized one crucial fact – every other section is really freakin’ hard to get to!  So we went to Badaling.  We specifically went mid day on a Wednesday to avoid crowds (most tours hit it first thing in the AM), and we did pretty well.  So for an easy, cheap trip I’d definitely try that.  A tour to the wall will cost anywhere from $25 to $100 per person.  A bit pricey for Asia, but not too bad.  The biggest problem we saw with the tours is the itinerary.  You spend about 3 hours waiting and driving, maybe an hour or two at the wall, and a few hours doing other crap that most people don’t want to do (like “forced” shopping stops). 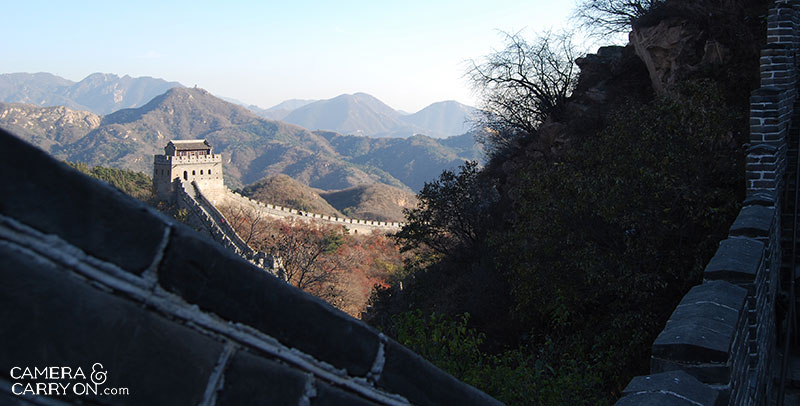 We decided to take the much less publicized S train.  Its only 6¥ per person, and quite simple.  For step by step instructions check out the article here.  One thing to note, get there early!  Arrive at the station at least 45 minutes before departure, even on off-peak times.  The train does not have assigned seats; it’s first come first doesn’t have to stand.  The train station is the first stop on your Great Wall adventure, and it is an adventure.  China has a real problem with queue lines; they don’t form them, or use them if they do exist.  So a quasi-line / mass of people forms in the “holding area” for the train.  Then about 10 minutes before the train is scheduled to leave, the gates open… like flood gates.  Thankfully, we befriended two other Westerners in line who gave us a warning, but imagine Godzilla attacking.  Like out of a horror movie, hundreds of ticket holders run as fast as they can toward the train.  Oh, and the train is several 100 feet down the track – possibly just for the train crew’s amusement.  Somehow mid run Shannon was able to start recording a video on her phone.  We already had a pretty good lead at this point, but take a look.

After making the train, its really smooth sailing.  You can easily spend a few hours climbing the wall, and it does turn into a bit of a hike; I mean LOTS of stairs!  Most tourists seemed to turn around at about tower 5 or 6 (thus our photos after tower 6 are nicer with few people in them).  We made it to tower 12, which to our surprise had a serious shortcut back to the start.  So aim for that.  It really is an amazing sight to see if you can.  China opened up a 72 hour visa program recently, so if you even happen to be in Beijing on a long layover, it’s really good reason to leave the airport (maybe one of the few).