About 3 years ago Shannon and I visited Mt. Salève (on the French / Swiss border), this was the first time I ever saw someone run off the edge of a cliff and sail down to the land below with a parachute.  I’d been skydiving in my younger days, but this was something different.  Back then I didn’t have the time to arrange anything, but I’ve been keeping an eye out ever since.  Traveling through Norway constantly brought about surprises and adventures, and low and behold, apparently Voss is a “mecca” for paragliding.  There’s even a week long event every summer called Ekstremsportveko, and they say the sky is filled with gliders from sun up to sun down.  Can you imagine such a sight?  I couldn’t miss my chance again, and with some gentle convincing, Shannon and I secured a pilot to fly us down from the clouds. 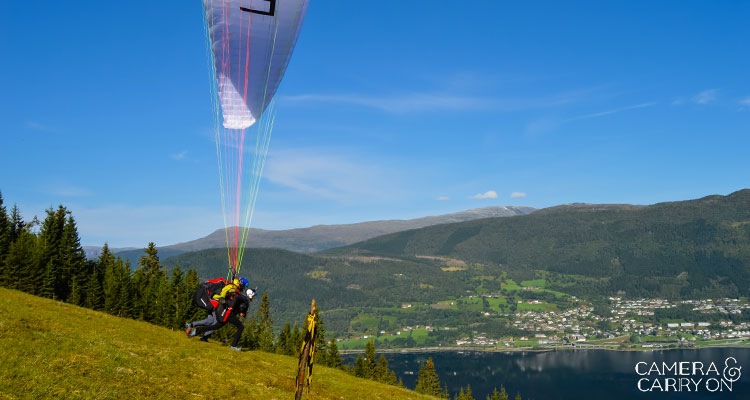 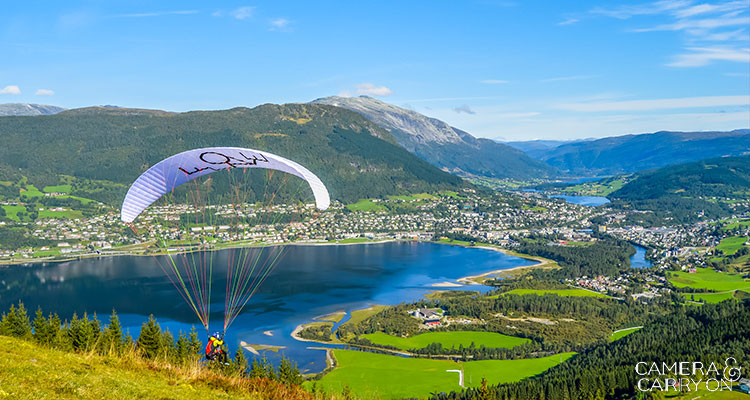 …that is until the wing overs! 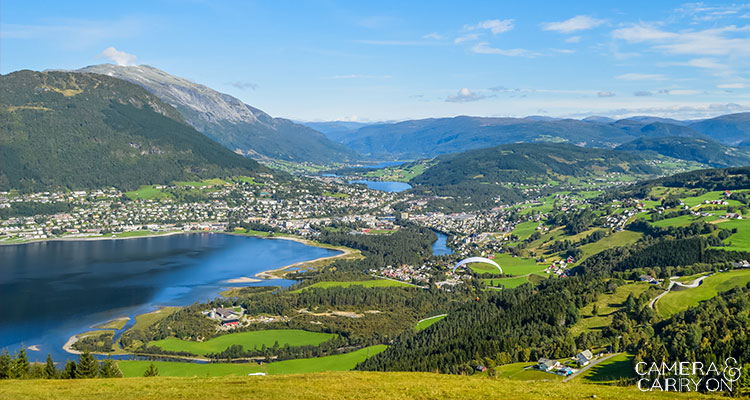 “What’s a wing over?” you ask. Well, we should have inquired, too. Our pilot queried if we wanted to do wing overs. Naive, and up for anything, of course we agreed without question. As it turns out – through the magic of physics – you can actually do a flip while parachuting down. Yes, our legs were basically above the parachute for a few moments… Don’t ask me where my stomach was. (See Shannon’s video at about 2:10, and Michael’s at 1:35 for the wing overs)

At just about 5 minutes total flight time, time freezes and the world ceases to turn: just you, the parachute, and the force of air holding life in suspense. All tandem flights out of Voss are organized through the Voss Hang and Paragliding Club. We flew with Øyvind Kindem, and I highly recommend him!